They say the worst day fishing is still better than the best day working. Good thing we love our work—and the river views don’t hurt, either.

King Tide Fish & Shell, led by Executive Chef Alexander Diestra, is a riverfront bar and restaurant that takes a multi-cultural approach to classic PNW seafood.  Enjoy traditional preparations alongside more inventive takes on familiar Portland favorites while you sip from a curated selection of beer, wine, and specialty cocktails that highlight the region. 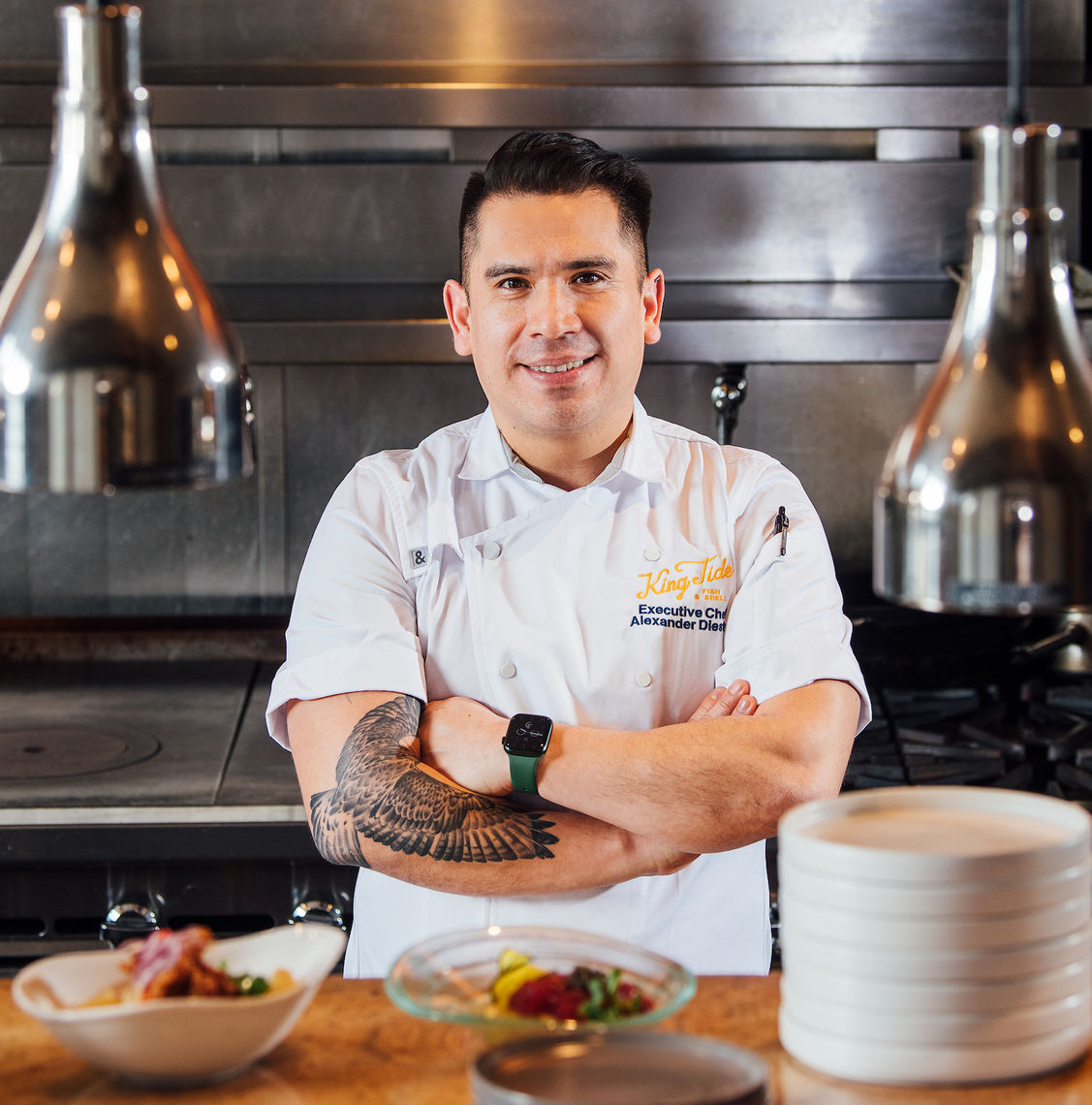 Chef Alexander Diestra brings over 18 years of experience to his role as Executive Chef at King Tide Fish & Shell and an expertise in blending flavors stemming from various American, Asian and European countries.

Chef Alex served as Executive Chef for several reputable kitchens across Portland, Oregon, including Saucebox Bar and Café, where he brought Asian fusion flavors to life, and Clarklewis, where he became a pro creating menus based on foods in season with a farm to table style menu. Most recently, he served as Executive Chef for Andina, a pioneer in the Portland Peruvian food scene, and launched the restaurant's celebrated street-food inspired pop-up, Chicha.

Born in Lima, Peru, Chef Alex made his way stateside at the age of 19 and began his culinary career as a line cook with a local hotel company in Portland. In this role, he spent years perfecting his craft, eventually becoming Lead Cook and Sous Chef which extended his skills to multiple outlets, including the hotel’s restaurant, banquets, and in-room dining.